Hypnotherapy for the East Midlands

For more information email us, or call now on 01623 556234 to book a 1:1 session.   We can also offer a free 10 minute telephone consultation in complete confidence.

Irritable Bowel Syndrome (IBS) is a common gut disorder. The cause is unknown.

Symptoms of Irritable Bowel Syndrome vary between individuals and affect some people more severely than others. It can cause bouts of stomach cramps, bloating, diarrhoea and/or constipation. These symptoms tend to come and go.

There are a few other medical terms for IBS such as:

Usually, IBS is a disorder of the large intestine (colon), although other parts of the intestinal tract — even up to the stomach — can be affected.

How does it affect my body?

The colon is in the last five feet of the intestine and serves two functions in the body. First, it dehydrates and stores the stool so that, normally, a well-formed soft stool occurs.  The stool is then propelled from the right side over to the rectum, storing it there until it can be evacuated. Rhythmic contractions of the colon cause this movement.

When IBS occurs, the colon does not contract normally instead, it seems to contract in a disorganized, at times violent, manner. The contractions may be terribly exaggerated and sustained, lasting for prolonged periods of time. One area of the colon may contract with no regard to another. At other times, there may be little bowel activity at all. These abnormal contractions result in changing bowel patterns with constipation being most common.

A second major feature of IBS is abdominal discomfort or pain. This may move around the abdomen rather than remain localized in one area. These dis-organized, exaggerated and painful contractions lead to certain problems. Quite often this alters the pattern of bowel movements. Diarrhoea may occur, especially after meals, as the entire colon contracts and moves liquid stool quickly into the rectum. Or, localized areas of the colon may remain contracted for a prolonged time. When this occurs, which often happens in the section of colon just above the rectum, the stool may be retained for a prolonged period and be squeezed into small pellets. This removal of excessive water causes the stool to become hard.

Also, air may accumulate behind these localized contractions, causing the bowel to swell. So bloating and abdominal distress may occur.  Some patients see patches of mucous in the stool and become concerned. Mucous is a normal secretion of the bowel, although most of the time it cannot be seen. IBS patients sometimes produce large amounts of mucous, but this is not a serious problem.

IBS is not a disease

Although the symptoms of Irritable Bowel Syndrome may be severe, the disorder itself is not a serious one. There is no actual disease present in the colon. In fact, an operation performed on the abdomen would reveal a perfectly normal appearing bowel.

Rather, it is a problem of abnormal function. The condition usually begins in young people, usually below 40 and often in the teens. The symptoms may wax and wane, being particularly severe at some times and absent at others. Over the years, the symptoms tend to become less intense.

IBS is extremely common and is present in perhaps half the patients that see a specialist in gastroenterology. It tends to run in families. The disorder does not lead to cancer. Prolonged contractions of the colon, however, may lead to Diverticulitis, a disorder in which balloon-like pockets push out from the bowel wall because of excessive, prolonged contractions.

While our knowledge is still incomplete about the function and malfunction of the large bowel, some facts are well-known. Certain foods, such as coffee, alcohol, spices, raw fruits, vegetables, and even milk, can cause the colon to malfunction. In these instances the simplest treatment is to avoid these substances.

Flare-ups can often be associated with infections, illnesses and even changes in the weather.  So can the premenstrual cycle in females.

By far, the most common factor associated with the symptoms of IBS are the interactions between the brain and the gut. The bowel has a rich supply of nerves that are in communication with the brain. Virtually everyone has had, at one time or another, some alteration in bowel function when under intense stress, such as before an important athletic event, school examination, or a family conflict.

People with Irritable Bowel Syndrome seem to have an overly sensitive bowel, and perhaps a super abundance of nerve impulses flowing to the gut, so that the ordinary stresses and strains of living somehow result in colon malfunction.

If you suspect you have an IBS problem it is important to visit your doctor.  The doctor will want to rule out other conditions of the bowel before making a firm diagnosis of IBS.

A number of diseases of the gut, such as inflammation, cancer, and infection, can mimic some or all of the IBS symptoms. Certain medical tests are helpful in making this diagnosis, including blood, urine and stool exams.  X-rays of the intestinal tract and a lighted tube exam of the lower intestine can also be helpful. This examination is called endoscopy, sigmoidoscopy or colonoscopy.

Additional medical tests can help, depending on the specific circumstances in each case. By obtaining the proper medical history, and ruling out other diseases, a firm diagnosis of IBS usually results.

After being diagnosed with IBS it may be helpful to review the diet, in order to avoid those foods that can aggravate symptoms.

Current medical thinking about diet changed a great deal in recent years. There is good evidence to suggest that a high roughage and bran diet is helpful if it can be tolerated. This type of food can result in larger, softer stools which seem to reduce the pressures generated in the colon.

For large amounts of beneficial fibre, over-the-counter bulking agents such as psyllium mucilloid (Metamucil, Konsyl) or methylcellulose (Citrucel) are available.

As many people have already discovered, the simple act of eating may, at times, activate the colon. This action is a normal reflex, although it can be exaggerated in Irritable Bowel Syndrome patients. Sometimes, eating smaller, more frequent meals helps to block this reflex.

There are antispasmodic drugs available that help the colon by relaxing the muscles in the wall of the colon, thereby reducing the bowel pressure. Since stress and anxiety may play a role in these symptoms, it can at times be helpful to use a mild sedative, often in combination with an antispasmodic.

Physical exercise, too, is helpful. During exercise, the bowel typically quietens down. With regular exercise, and if physical fitness or conditioning develops, the bowel may tend to relax even during non-exercise periods. The invigorating effects of exercise extend far beyond the intestine and are recommended for general health maintenance.

As important as anything else in controlling IBS is learning stress reduction, or at least how to control the body’s response to stress.  The brain can exert controlling effects over many organs in the body, including the intestine.

Our Treatments for IBS

IBS is known to respond very well to the techniques and treatments we use.  We direct our treatment of IBS to both the gut and the psyche.

Hypnotherapy and Cognitive Behavioural Therapy (CBT) can produce long term positive results in a high percentage of the people who use it. These therapies don't only affect the mind. In fact, the mind and body are inseparably joined so the treatments can also help physical ailments.

Hypnotherapy is perfectly able to reduce the effects of anxiety and stress.  These are common causes of IBS. Your state of mind can have a direct impact on your physical well-being, even when you’re in the best of health. If you’re struggling with IBS, the tension, anxiety, and depression that comes from living with an incurable illness can actually undermine your immune system and further compromise your health.

Hypnotherapy  places you in a deeply relaxed state, promoting positive thoughts and coping strategies, that clear your mind of negative attitudes.  The fact that hypnotherapy has the ability to reduce stress and anxiety levels is well documented, also its ability to relieve many types and degrees of pain.

Finally, IBS is not a disease at all but a syndrome.  By relieving and prevent the symptoms, you will be living an IBS-free life. This outcome is a definite possibility from hypnotherapy and CBT treatments.

What to do next

I have specialised in IBS since 2005.  Please give me a call for further information or to arrange an appointment.   We can discuss your situation in complete confidence and from that consultation I will work out a treatment programme designed specifically for you.

For more information email us, or call now on 01623 556234 to book a 1:1 session.   We can also offer a free 10 minute telephone consultation in complete confidence. 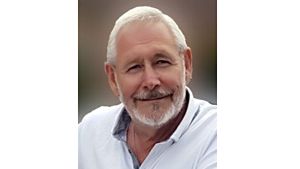 Hi - I'm Margaret Turner and I am a senior member of the General Hypnotherapy Register. I have been treating clients with Hypnotherapy and other techniques for the past 14 years.
Read more